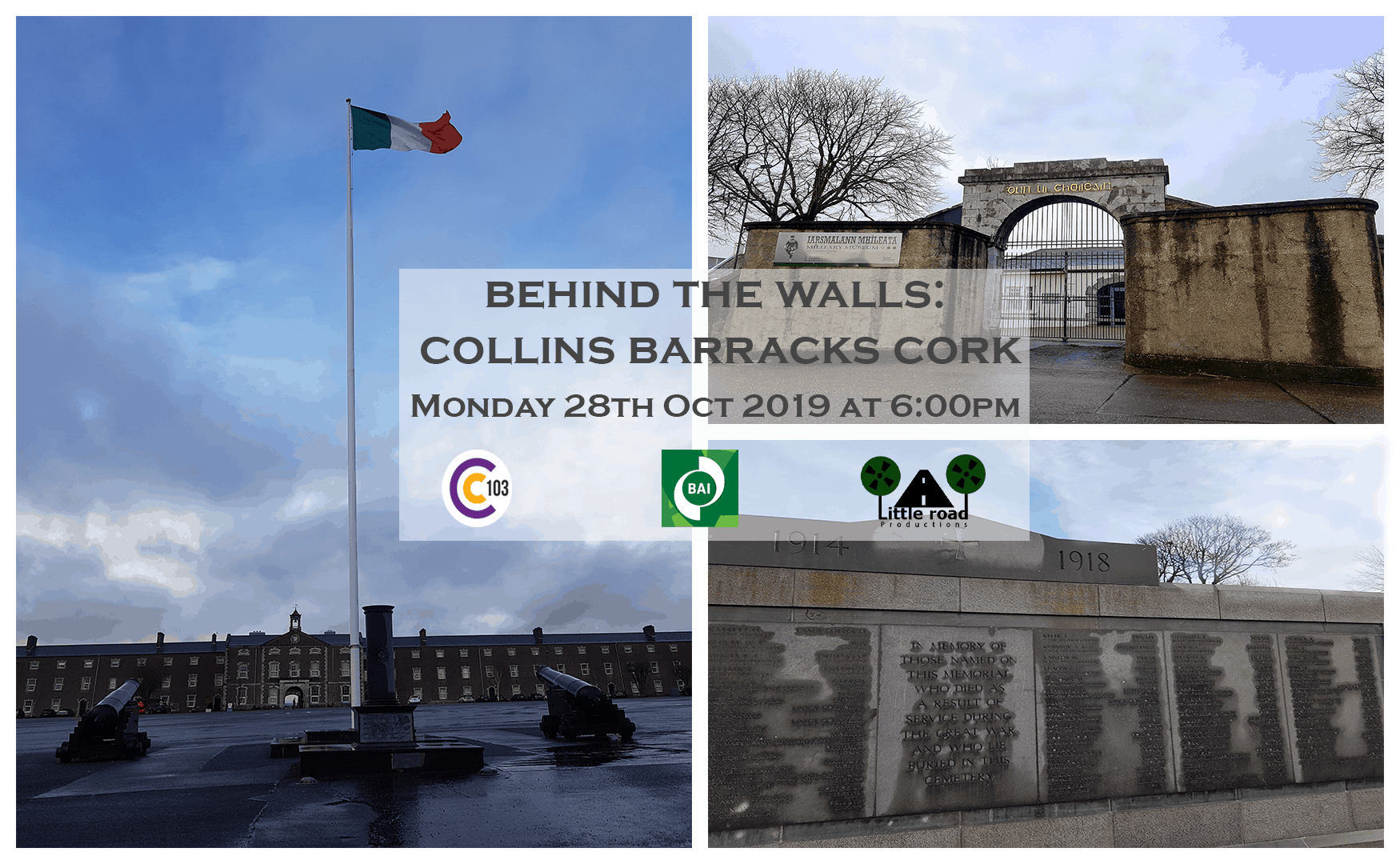 Our new 1-hour radio documentary ‘Behind the Walls: Collins Barracks Cork’ will broadcast on C103 Cork on Monday October 28th 2019 at 6pm.

Funded by the Broadcasting Authority of Ireland (BAI) under the Sound & Vision scheme, this documentary is the third in a series of radio documentaries exploring the history of various army barracks around the country, in association with Óglaigh na hÉireann / Irish Defence Forces

Have a listen to the promo on Soundcloud.