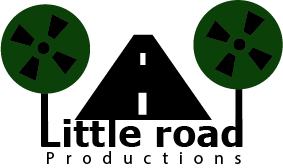 Little Road Productions Ltd. was established in February 2013 by Sarah McCann, a Producer/Director with two decades’ experience in both media production and third level media education. 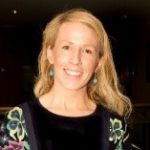 Sarah McCann (Founder) was the Head of Creative Media in Dundalk Institute of Technology from February 2013 to September 2015 and had previously lectured in Dundalk IT in Media Production since 2004, where she currently lectures part-time in the Department of Creative Arts, Media & Music.  She was the External Examiner on the BA in Film & Television Production in Griffith College Dublin from 2014-2018, having previously performed a similar role in Cork Institute of Technology.

A graduate of the MSc in Multimedia Systems and BSc (Hons) Communications: Film & Broadcasting from Trinity College Dublin, Sarah worked for a number of years at the start of her career as a production co-ordinator and production manager on short films and documentaries for Irish and UK broadcasters and funders, including a BAFTA award-winning animation, before starting to produce TV and Radio documentaries with her company Little Road Productions Ltd.

Sarah has directed and produced both radio and TV productions which have included the award-winning ‘One Ocean: No Limits’ for RTÉ and many radio documentaries for RTÉ Lyric FM, LMFM, Kildare FM, C103 and Shannonside/Northern Sound all funded by the Broadcasting Authority of Ireland, along with performing media production training and mentoring engagements for LEOs and SMEs in Louth, Carlow, Monaghan, Meath and Kildare.

Sarah has also produced the Guth Gafa International Documentary Film Festival, funded by the Irish Film Board, the Arts Council, BAI, Meath Arts Office and RTÉ, amongst others, and is a registered Media Expert with the European Commission’s Education, Audiovisual and Culture Executive Agency (EACEA).

A full profile can be seen on Linkedin.

Chris Nikkel is a Producer/Director who has worked with 360 Productions, Waddell Media Ltd, Alleycats TV and BBCNI and has writer and/or producer credits on landmark historical documentaries for Irish, UK and US broadcasters, such as Ireland’s Treasures Uncovered, Ireland’s Great War, Lusitania: 18 Minutes That Changed the World, World War Two: A Timewatch Guide, Belfast’s Forgotten Hero: HMS Caroline and Heroes of the Somme, amongst others.  Chris is also a director with Five Door Films, Canada and produced the recent ‘Jim Craven: A Dynamic Genius’ and ‘The Death Lady’s Cottage’ radio documentaries for Little Road Productions. 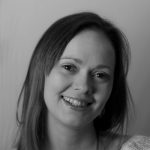 Maria Horan is a graduate of the BA (Hons) in Video & Film Production from Dundalk IT, where she is currently pursuing a PhD and works part-time as an Assistant Lecturer.  Maria works part-time with Little Road Productions in its training activities. 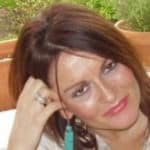 Sharon Morgan is a graduate of the BA (Hons) in Video & Film Production from Dundalk IT, where she is currently pursuing a Masters and works part-time as an Assistant Lecturer.  Sharon works part-time with Little Road Productions in its training activities and as a Production Co-Ordinator. 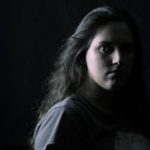 Joy McKeon graduated from Dundalk IT with a BA (Hons) in Video & Film Production in 2015. Joy works as a freelance videographer and also works part-time with Little Road Productions in its training activities and as a videographer.