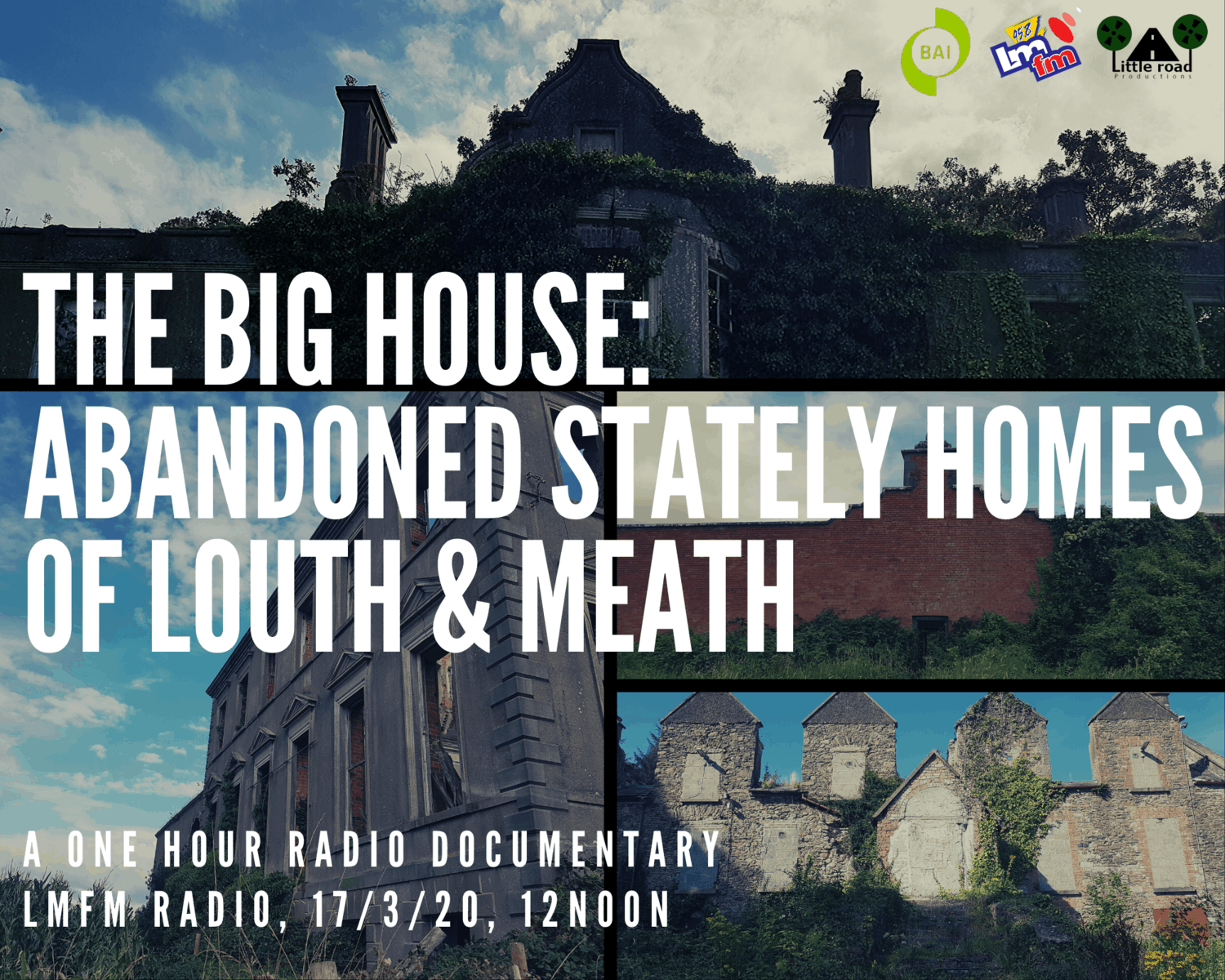 Our new radio documentary ‘The Big House: Abandoned Stately Homes of Louth & Meath’, funded by the Broadcasting Authority of Ireland (BAI) with the Television License Fee, will be broadcast on LMFM Radio on St. Patrick’s Day 2020 at 12noon.

‘The Big House’ holds an important place in Ireland’s rich history and heritage, with many dating back to the 17th century. Many abandoned and destroyed ‘Big Houses’ still litter the countryside, full of memories and stories long since forgotten. Left victim to the elements and a shadow of what they once were, for many, these stately homes have become symbols of a former divided society. Using interviews with both locals and historians recorded on location at these now abandoned houses, this one-hour radio documentary will explore the personal narratives behind a selection of these ‘Big Houses’ throughout the counties of Louth and Meath, allowing their rich history to be captured before they disappear from our landscape forever. Recounting the stories of the families who lived there, along with their impact on their local communities, their unique place in local and national history will be captured and preserved.